This tag is associated with 3 posts 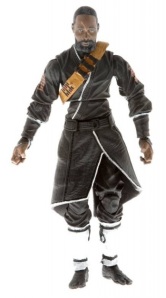 An action figure based on the character Blind Master that rapper, producer, and actor RZA is portraying in this summer’s G.I. Joe Retaliation, has been revealed at the 109th Annual American International Toy Fair.

Hasbro, who is creating the upcoming toy line for the film release on June 29, displayed figures for a number of the film’s characters, such as Dwayne ‘The Rock’ Johnson’s Roadblock, Channing Tatum’s Duke, Bruce Willis’ Joe Colton, and RZA’s Blind Master. 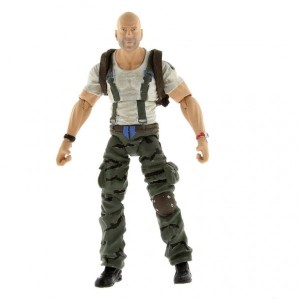 The 3.75-inch action figures, which will be released this summer along with others based on the film, are sculpted to match their on-screen counterparts and will be priced at $7.99.

G.I. Joe is the brand that practically invented action figures back in 1964 when the company, along with toy producer Hasbro, released the original 12-inch line based on the different branches of the U.S Armed Forces. 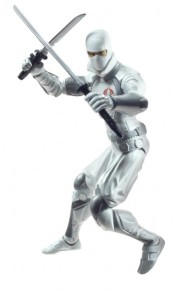 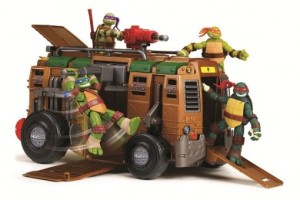 Dude, if you dig the Teenage Mutant Ninja Turtles, you’ll have to find a way to check out this year’s Toy Fair in New York (Feb. 12-15). That’s where Nickelodeon and Playmates will preview their extensive new TMNT product line which is based on Nick’s new CG-animated show set to premiere in the fall.

Created by Kevin Eastman and Peter Laird, TMNT aired from 1988 to 1996 and inspired some of the most popular licensed toys during those years. Leonardo, Raphael, Donatello and Michelangelo will be featured in the new toys launched by Playmate in August. 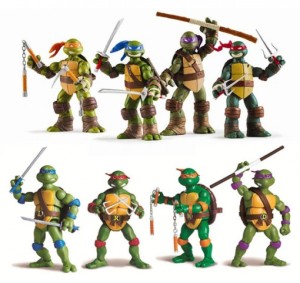 “We’re excited to continue working with our long-standing partner Playmates on the new Teenage Mutant Ninja Turtles toy line,”  says Manuel Torres, senior VP of global toys and consumer electronics, Nickelodeon. “Playmates understands the property and has helped us reinterpret the toys from a fresh perspective, while staying true to the action and fantasy of this iconic franchise. The new toys capture the excitement of our new series in a way that fans of all ages can appreciate.” 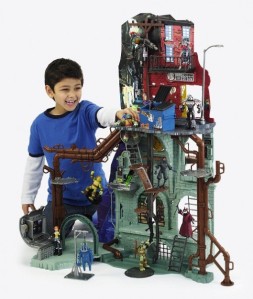 The Playmates collection features over 40 action figures; sound figures that deliver battle phrases and sound effects; classic action figures, which replicate the original Turtles from the 1988 TV show; vehicles; play sets; and roleplay gear including ninja weapon, sword and the signature bandana. The Playmates line also includes a set of 12-inch figures, which will be exclusive to Toys ‘R’ Us.

By Ramin Zahed for Animation Magazine 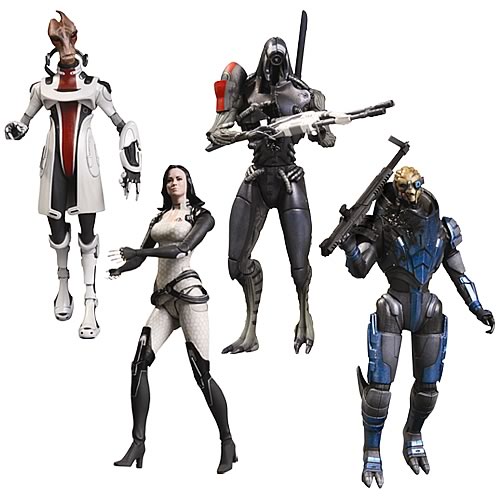 Just when you thought DLC couldn’t get any more elaborate, EA will release several Mass Effect action figures in March that will include DLC for BioWare’s upcoming sequel Mass Effect 3. Available for preorder at the BioWare Store and BigBadToyStore.com, each action figure contains a different set of in-game content available only for the PC and Xbox 360 North American release of the game.

Before everyone gets too excited, though, the BioWare Store explains that the DLC content is “slightly randomized during the registration” of any particular action figure and might only introduce things like weapon mods, upgrades, and new characters for use in multi-player. Depending on the specifics, it might not be worth shelling out the $20 for your very own model of a scientist Salarian (who has studied species Turian, Asari and Batarian) if all he comes with is a new costume for his in-game version.

The action figures are estimated to release in April or May of this year, and interested parties can order each model individually for $20 USD or in packs of four for approximately $75 USD. Most of the ME 2 cast is included in the pack, although fans of the game will notice they forgot to include characters like Jacob, Samara, or Jack which is pretty odd considering how major a role they all played.